With the ocean at our back, it was time to make the cross-island journey to Taormina. Trapani and the island life lies to the west, and it was time for a four-hour car drive to the east. In between the two coasts are a whole lot of olives, grapes, and hills, so it seemed appropriate to see a bit more of Sicily.

About two hours away from Trapani, on the southern coast, lies a lazy, beach town called Scala die Turchi. It is famous for its white-limestone cliffs sloping towards the ocean. The slope resembles giant, bleached steps that will take you straight out to the sea. A secluded beach is wrapped around to the side of the cliffs that have locals bathing in the Mediterranean sun and cliff diving into the sea. A good two-hours can be spent on this beach while sipping on cappuccinos and vino. We said our hello and goodbyes to the playa, and it was time to be eastward.

Taormina came at us with windy, cliff-sided roads. Two-way streets, which had no business being one-way roads, draped the city. The city is nestled in cliffs that seem to have each of everything stacked on top of each other. A half-mile can take a thirty-minute drive with these roads so tightly curved.

While enjoying the city and its character, our sights turned to experiencing a Sicilian cantina. Gambino winery is set on the foot of Mt. Etna. A tour of the outside vineyards had the ocean and the surrounding villages be in the backdrop of the wine tasting. The views of the mountain and the sea bring the vino alive with flavor and appreciation of the old country. Being paired with the wine was eggplant, olives, four different cheeses, and the thought of why would anyone leave this life. The paradise of this life was hard to leave, but it was time to make our way to Palermo.

Before piercing the borders of Palermo, traditions needed to be kept. A beach town, in between Taormina and Palermo, is a town called Cefalù. The beach brings in people from all over. While traversing the streets, you can hear Italian, Arabic, English, and whatever language you think you are hearing. The city is a throw back to cobblestone streets and pedestrian, sized streets. And with gelato, espressos, and ocean viewing on the agenda for this quick, lunch-time stop, we were not disappointed with this excursion. 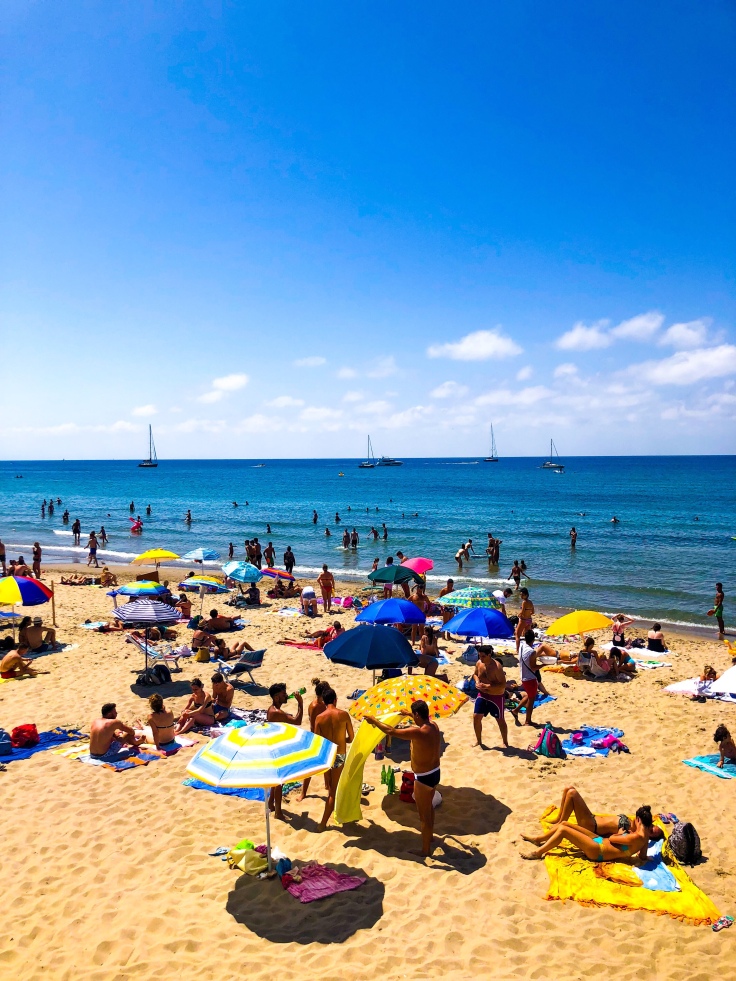 Palermo had the intense, city feel that countered the Sicilian life. The heat from the pavement intensified with every step that was taken. The hustle was alive from the denizens on every corner. Gone was the relaxed, paced of life that seemed to accompany all of Sicily. Cafes and restaurants were in designated areas and seemed to cater to the tourists. That doesn’t mean one cannot enjoy an Aperol spritz or see Opera. Culture of the island has been Palermo’s main draw, with art exhibitions or a trip to the Palatine Chapel. One of the most cultural experiences is the open-air produce market that has every local crop you can find on the island.

Sicily came and gone in an instant. We will be back and ready ourselves for the siestas, vino, and bellies full of food. 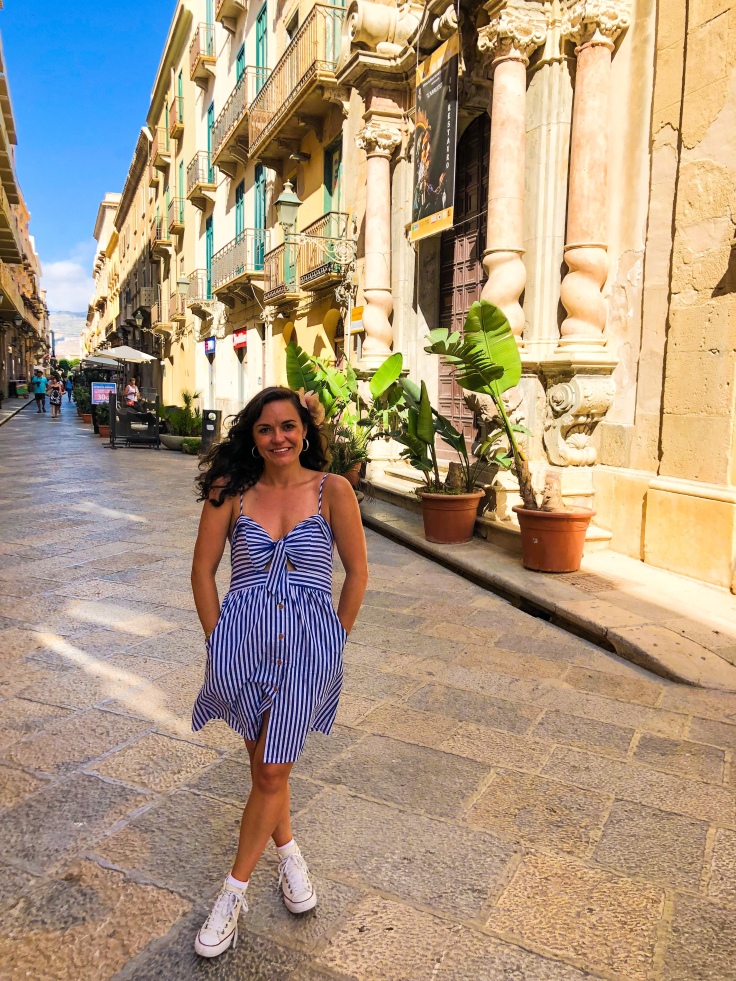 4 thoughts on “Come to me, Sicily”